Born on August 1972 in Oradea, Romania, Octavian Curpaş  came to The United States in March 1997, after working for three years as editor of a newspaper in Romania. He lived in California for eight years, after which he relocated – in March 12, 2005 to the City of Surprise Arizona, USA. That same year, he arrived in Arizona, he married with his wife, Roxana-Claudia. Both endowed with the power of hard work and diligence they have opened their own business in real estate which they are still currently working in. On May 19, 2009 they received the best gift from God, their first child, little Janice, this name was chosen for its special meaning „God is gracious.” END_OF_DOCUMENT_TOKEN_TO_BE_REPLACED 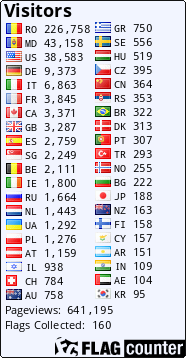